Fundraiser for ReLaunch of The Legendary IBWC by Yo Yo 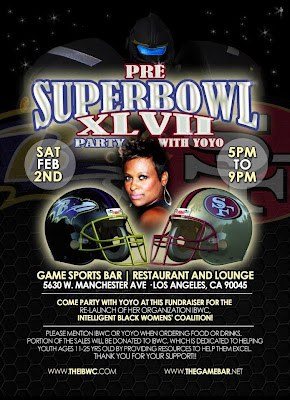 Yo Yo is calling all community leaders to come out and support the relaunch of her legendary organization, Intelligent Black Women's Coalition (IBWC). She is hosting a fundraiser this Saturday, Feb. 2nd at the Game Sports Bar Restaurant and Lounge located at 5630 W. Manchester Blvd., Los Angeles, CA from 5PM- 9PM.

Here are the words from the legend herself on Facebook: "Yes we are back and with purpose. The STOP Champaign is designed to target your inner city youth ages 11 to 25. stop the abusive behavior and self destruction that is at an all time high in Los Angeles urban communities. No one has taken a look at the self destruction of our youth and it is out of control. The facial piecing and tattooing, the sexual promiscuity among young girls... The list goes on... Yet we are about to begin some awareness first, that we care.. And we see the cries for help and we are here to help.! Provide resources ... It's way to much to type... Those that want to get involved I will send you more info. Our launch is March 2, 2013. We have a fundraiser Feb. 2, 2013 @ Game Stop @5pm to 9pm and more information and questions will be addressed. I you are a leader and have the same passion, let's team up! I urge you to join us"

More detailed info is on the flyer above regarding the fundraiser on Feb. 2nd.

Posted by Queenbsweet at 6:25 PM No comments:

Email ThisBlogThis!Share to TwitterShare to FacebookShare to Pinterest
Labels: Fundraiser, IBWC, Relaunch, The Game Bar, Yo Yo, Yolanda Whitaker 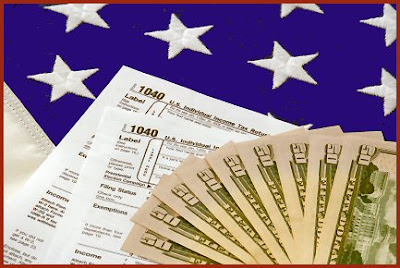 It is that time of year again! That's right,  time to report all those earnings and wages to good ole Uncle Sam. If you are in search of a professional and efficient tax preparer, contact Vina Thomas at JB Tax Consultants at (562) 728-5960. Appointment slots are filling fast so make yours now.
E-Filing starts on January 30th. Tax prep fees are $150 for individuals* Mobile tax prep is available.Please call for Corporation and Self Employment tax preparation.

Receive $20 for each referral, so definitely bring a friend or two...or a couple. Happy Filing!

*Depending on number of forms filed

Posted by Queenbsweet at 11:01 PM No comments:

On January 19, 2013, leaders in literary, publishing and the media will gather for a powerful celebration of the written word at the estate of Pat Lamis, activist, icon and founder of Womynz Brunch Bunch, a Long Beach based community gathering for women. The event will honor the legacy of publishing mogul, Azaan Kamau, who has successfully launched and supported the careers of some 60 writers. Professionals from every corner of the publishing and literary industry will come together to dialogue on what it takes to be a successful writer, author and publisher.

"Almost 20 years ago, I started writing articles, poetry and stories for the greats of my time. I worked with literary geniuses like Stanley Bennett Clay, Stephanie Dakara Wynne, Ifalade TaShia Asanti and many others. It was their encouragement that pushed me to start my own publishing company and literary consulting firm. 60 books later, I'm like how did I ever do anything else? I love my job!" Says Glover Lane Press CEO, Azaan Kamau.

Glover Lane Press has published the works of everyone from budding writers to A-list celebrities. The company's catalogue features fiction, non-fiction, poetry, memoir, custom journals and more. Glover Lane also has a division that mentors, trains and guides writers through each stage of the sometimes difficult to navigate publishing journey.

In 2012, the company was nominated for a Lambda Literary Award for its groundbreaking collection of essays, Letters to My Bully. Supporters believe the Lambda nomination is only the beginning.

"I remember Azaan's first article for GBF magazine. I was the editor of the publication. I remember reading Azaan's work and thinking, this woman is awesome--she's going to do great things. I'm proud to say that her journey has come full circle. I now get to work for her as the acquisitions editor of GLP. We're small but mighty. Look for GLP among the stars of the publishing industry." Says Ifalade, one of Kamau's early mentors.

At the January 2013 event, dozens of GLP authors-turned-success-stories will come together to share their publishing journey and talk about what it takes to really make it as a writer and author. Refreshments, live performances by artists, art vendors and free giveaways make attending this event a no-brainer. 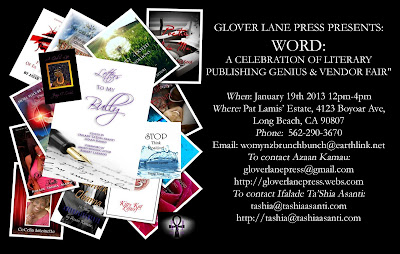 Posted by Queenbsweet at 11:04 AM No comments: 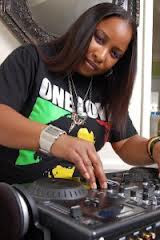 Looking for female DJ's in the Los Angeles  area, who are UN-established  and would like to work on a continuous basis to get her name out on the party cicuit. Must have your own equipment or working towards purchasing a dj set-up, work with all types of races, musical genres, ethnic groups, ages and sexual orientations, and willing to work under an already established DJ. If you fit this profile, please call (323) 596-1822 or email femaledjz@gmail.com with your name and information.

Posted by Queenbsweet at 4:22 PM No comments:

URGENT - YOUR SUPPORT IS NEEDED TO SAVE ONE OF L.A.'S STRONGEST YOUTH CENTERS 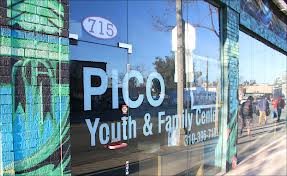 WE ARE ASKING YOU TO TAKE ACTION IMMEDIATELY TO SAVE THE PICO YOUTH AND FAMILY CENTER - ONE OF L.A.'S MOST POWERFUL, CREATIVE AND TRANSFORMATIVE YOUTH CENTERS.  PLEASE READ THE STATEMENT BELOW AND SIGN THE PETITION.

> Please sign a petition to help protect the Pico Youth and Family Center, a small grassroots organization that is working to transform the lives of young people of color and providing them with an alternative to the streets in Santa Monica. The organization is being targeted by a small group of officials in Santa Monica City Hall that are opposed to the organization’s model of transformation that includes youth leadership development, community organizing and advocacy. Please send this petition out to your list and help deliver a message to Santa Monica to preserve PYFC.
> Click here for the Petition to all of the City Council Members and the City Manager
> Go to this link for a news article with additional information

Posted by Queenbsweet at 4:51 PM No comments:

Peace First recognizes "young people between the ages of 8-22 for their compassion, courage, and ability to create collaborative change." Check it out: http://www.peacefirst.org/prize/

Winners receive a $50,000 prize and participate in a two-year fellowship. Here's more info: http://www.peacefirst.org/prize/fellowship
Nominate or Apply Now!
Be the change you want to see in the world!
Posted by Queenbsweet at 9:06 AM No comments:

CITY OF LOS ANGELES NEEDS POLLWORKERS FOR THE 2013 MUNICIPAL ELECTIONS

City Clerk June Lagmay announced today that the Office of the City Clerk - Election Division is in need of approximately 3,000 additional pollworkers to staff polls for the 2013 Municipal Elections on March 5, 2013 and May 21, 2013.  The Election Division expects to place a total of 6,240 pollworkers to work these two elections and will place these pollworkers at polling locations in the jurisdiction of the City of Los Angeles, the Los Angeles Unified School District, and/or the Los Angeles Community College District.

Pollworkers play an integral part in meeting voters’ needs by ensuring their neighbors have the opportunity to vote locally in their communities, an essential right and responsibility of American democracy.

In order to serve as a pollworker, the applicant must be a U.S. citizen and registered voter who will be at least 18 years old on Election Day, and is able to speak, read, and write in English.

Posted by Queenbsweet at 11:02 AM No comments:

Free Workshop: Create Your 2013 Vision Board 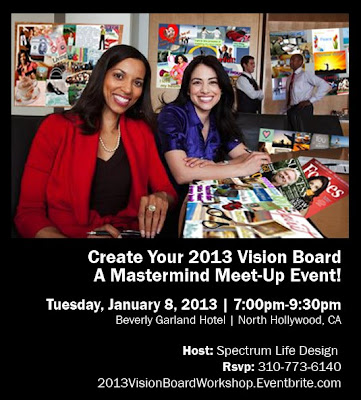 Posted by Queenbsweet at 12:37 PM No comments: