The very highly anticipated, in-depth film, Pariah, will hit the theaters in select states tomorrow December 28, 2011. The buzz has been stirring around this award winning cinematic story. Pariah has an amazing cast, including Kim Wayans and new starlet Adepero Oduye, along with the heavy hitting crew such as Writer/ Director Dee Rees, Producer Nekisa Cooper, Cinematographer Bradford Young and Executive Producer Spike Lee .It is a riveting coming out story of freedom.  The Los Angeles Times released a review today stating "She makes all of her character's discomfort with life believable, from the pain of rejection to her fumbling, and sometimes funny, attempts at being "the guy."

Support OUR films.
Check out the official trailer

Posted by Queenbsweet at 4:23 PM No comments:

Steady, Aim, Shoot – Students Challenged to Tell Their Stories with Photographs in The Art Institutes Storytellers Photography Competition
Posted by Queenbsweet at 4:24 PM No comments:

Fearless Icon Open Doors to Create Stars in the Community


Fearless Icon Open Doors to Create Stars in the Community
Grammy Nominated Hip Hop Legend, Yo Yo Continues to Pay it Forward with School for South L.A. Youth 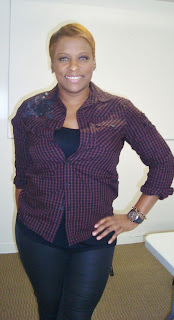 In the heart of one of L.A.'s cultural landmarks, Leimert Park, I walked into the Fernando Pullum Community Arts Center (former home of Lucy Florence Cultural Center) and gazed upon so many bright young faces along with their parents who were equally optimistic with pride. I felt the overwhelming positive energy in the room. I was soon approached by a star with the most amazing smile and awesome windows to the soul. She approached me with her arms wide open as she graciously spoke "Hi, are you here to sign up?"


I could not believe that it was none other than West Coast Hip Hop Icon/ Business Woman Extraordinaire, Yolanda "Yo Yo" Whitaker . I observed as she smiled, greeted and embraced each parent and young person. You could feel her smile glow brighter as each new person stepped into the room. In a discussion with a parent, she stated that she wanted to give the young people in South L.A. an opportunity to share their talent with the world.

Yo Yo is diligently letting her light shine while shining the light on the youth of the community with her Hip Hop School called Yo Yo School of Hip Hop. Starting the pilot of the program this past summer, Yo Yo and her staff are gearing up to begin the school's winter session on December 19th. Yo Yo's School of Hip Hop is a community program encompassed with hip hop dance, theatre, beat production, artist development and vocal training classes. Also included are life skills such as confidence, love of self, integrity, mentorship, sense of freedom and one of my favorite's ...fearlessness! These young stars will unleash their creative power throughout their winter break. Staff member, Cynthia K. also known as MC Flower, affirmed that everyone gets to pick his/her own "MC" name at the school and each participant gets a cool school t-shirt. She was sporting her distinctive Yo Yo School of Hip Hop shirt.


Making her dream of having a school a reality, Yo Yo put her plan together, wrote it down, started acting on it and the doors began to open. "When you show up, God shows out," she stated, "You have to come full circle with the power of self."

Throughout her years as a hip hop artist, actress, television host, radio personality, motivational speaker and more, Yo Yo has always gave back with empowerment and inspiration dating back to 1991 when she released her debut album " Make Way for the Motherlode" while igniting Intelligent Black Women's Coalition (IBWC). Later she along with another hip hop female legend, MC Lyte began the Let Your Light Shine Foundation.


" I had to get real with myself. I had to go through stages to get here. It is hard to be powerful with someone else when you don't understand your own power. By giving what I want, I am also empowering myself."


She gave attributes to the powerful women that she has encountered on her journey including the phenomenal Oprah Winfrey. She said, "When I met Oprah, I realized how that I did not have to be pretentious, I could simply be...me."


There is still more to come from this Black Pearl. Yo Yo has her plate full with several projects including collaborating with other artists on some new music, one woman show which has the same title of her debut album Make Way for the Motherlode: Yo Yo's One Woman Show and much more including running for congress. The Motherlode has arrived and is here to stay and she is bringing the next generation of stars with her.


For more information on Yo Yo's School of Hip Hop, go to www.yoyoschoolofhiphop.com.
Posted by Queenbsweet at 2:25 PM No comments:

Email ThisBlogThis!Share to TwitterShare to FacebookShare to Pinterest
Labels: Fernando Pullum Center, Winter Session, Yo Yo, Yo Yo School of Hip Hop

News Release from the Grammy Foundation 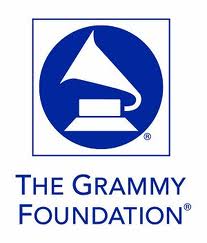 Can God's Love Reach You in The Dark?...Absolutely! 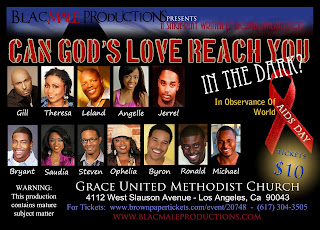 On December 3, 2011, in honor of World Aids Day, B.L.A.C. Male Productions presented a riveting play entitled "Can God's Love Reach You in the Dark." What better place to host such an experience but in the house of God at Grace United Methodist Church in Los Angeles, CA. If I could give it a grade it would definitely be an "E" for exceptional, engaging, exigent, enlightening and embracing.


Can God's Love Reach You in Dark touched on very sensitive yet extremely significant topics that still remains suppressed specifically within the African American community. Exploring the connections of religion, family, sexuality, hate, acceptance and ignorance, writers Rodger Washington and Robert Howell brought forth awareness and insight with this unforgettable story of a family that is guided by faith but stricken by fear. In the end, it was God's unconditional love that led them to triumph. 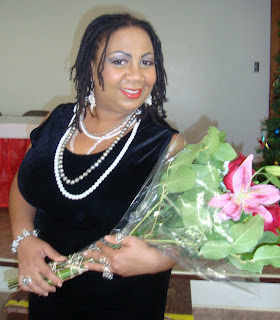 The actors amazingly brought each and every character to life. Outstanding actress/singer, Theresa Ford, played the fierce matriarch, Mrs. Sophia Johnson, who held the family and community together through all the trials and tribulations. Gill Nelson played Mr. Thomas Johnson, the dedicated yet stubborn father and Jerrel De'Angelio O'Neal played the lead as Thomas Johnson, Sr. I will not go too much further into detail but he was absolutely heaven sent. ( You have to see the play)


This empowering evening was hosted by illustrious actor Doug Spearman who emphasized just how essential the messages, awareness and discussions are within our village. 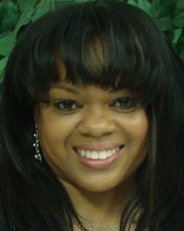 So influentially stated by Director/Producer Spencer Collins, " I believe that through stories, we can change , educate, inspire and HEAL our community. It is important to me that Robert's & Rodger's story be told, but it is also how much we hurt each other with preconceived notions, judgments and stigmas attached to the disease. It's time we BREAK the silence by having a conversation."
Posted by Queenbsweet at 8:55 AM 2 comments:

Lady Gaga Honored With Google Inc. at 'Trevor Live' Presented by Audi of America and ING

Lady Gaga Honored With Google Inc. at 'Trevor Live' Presented by Audi of America and ING: www.flickr.com/photos/thetrevorproject/collections/72157628298007547/
Posted by Queenbsweet at 10:13 AM No comments: 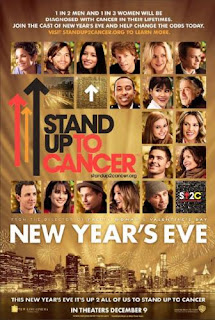 Stand Up To Cancer and the Cast of
Posted by Queenbsweet at 9:46 AM No comments: