The man with the gift of laughter is back. Ricky Del Rosario is back in full effect and this time he is not stopping. He has taken off and putting smiles on millions of faces of all different races and ages. With all the laughter comes celebration. He is doing it big with the release of his new DVD entitled “I missed you…”  and performance at Matt Barnes NBA All Star Weekend After Party. In this interview, Ricky talks about his  years of comedy, what he has learned, what he has accomplished and where he is going!!!! 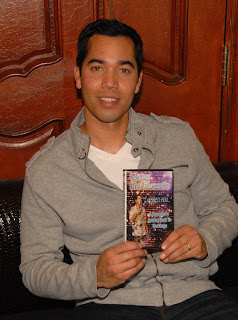 Stay updated with Ricky, go to www.rickydelrosariocomedy.com
I Missed You Ricky Del Rosario