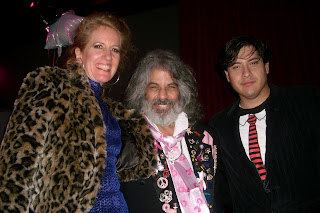 It was definitely a night to remember. There were over 1500 people that flooded the Highlands in Hollywood  to celebrate the Birthday of Legendary Starmaker/Philanthropist David Harrison Levi's Birthday. David gave appreciation and honor to many as he himself was honored on this fabulous night.
As the night was winding down, David called Indie/Pop Superstar Javelyn and mega producer Vairon Perez onto the stage. As he held their hands, he announced that he was going to give them pink ribbons in honor of their recently lost loved ones to cancer. David is recognized as a strong advocate for cancer awareness. It was a heartfelt moment as he passed the microphone to both Javelyn and Vairon as they shared their stories on how this horrendous disease affected them. 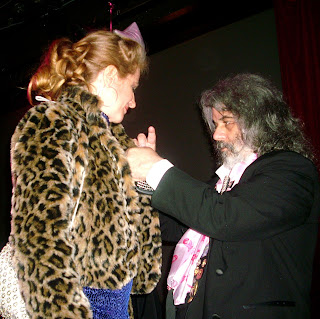 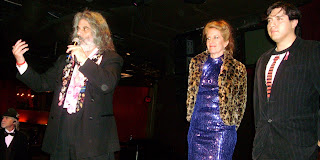 Earlier in the evening, Javelyn and Vairon both  took advantage of the runway in modeling some hot designs under the direction of "Hollywood's Notorious Fashion Coordinator", Parris Harris. 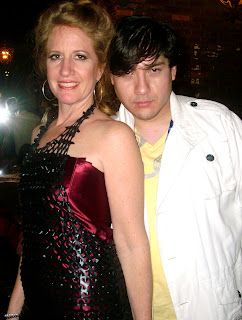 This was a profound way to conclude such an extravagant night.
David harrison Levi Javelyn Vairon Perez