What you say about Whitney??? John and Ken suspended 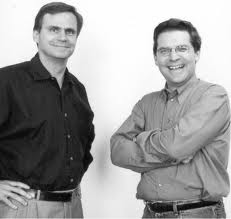 Sources just revealed that KFI Radio Talk Show hosts "John and Ken" have been suspended until Monday, February 27 for calling late legendary singer/actress Whitney Houston a "crack ho" on air several times on Tuesday, February 14. Long time On Air Radio Personality and Community Affairs Director for Clear Channel, Josefa Salinas posted her outrage on Facebook stating "As a woman, I was outraged. No matter what your feelings are about the way she lead her life, NO ONE has the right to call a woman a HO.. especially not "alleged" professional broadcasters."
There are thousands who share in this outrage specifically from those of us who are Whitney Houston's fans and friends as the nation still is in shock over her sudden death.

John and Ken are familiar to being "under fire." Recently, they stirred up some major what some referred to as "abuse of broadcasting power" back in September of last year for giving out immigrants rights activist Jorge-Mario Cabrera's cell phone number on air requesting viewers to call Cabrera to protest the California Dream Act.

Click on the link below to hear the show and read more! It is very harsh and disrespectful.
The Late Whitney Houston Called “Crack Ho” on KFI Los Angeles
John and Ken KFI Suspended Whitney Houston