Nicki Minaj: Method to the Madness 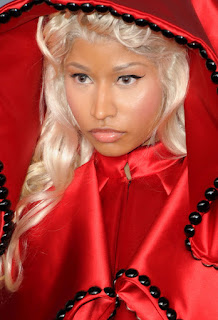 The internet is on fire, literally, today regarding Nicki Minaj's appearance and performance at the 54th Annual Grammy Awards yesterday. She pushed all types of buttons and took it to a level that many people thought would have never been touched, specifically for a woman of color.


As many of you know,  Nicki is preparing to release her highly anticipated album, Roman Reloaded.  In fact, it was one of Nicki's alter-ego Roman Zolanski who made a debut at the Grammy Awards.

WHO IS ROMAN ZOLANSKI?
Nicki has been telling Roman's story to the world since the beginning of her music career.

Roman is a gay/transgender male. In her interview with OUT magazine in 2010 she states "Roman is so flamboyant, so outspoken, so open and you know, creative." In that same interview, Nicki  addresses stereotypes and labels. She said " I just don't like that people want you to say what you are and who you are. I just am."

According to the story, Roman needs rehabilitation because of his "un-normal" ways. He is being labeled as crazy and demonic.  His mother Martha, who is another one of Nicki's egos, is seeking help from the church in wanting her son to be exercised.

Earlier Today, Nicki spoke to TV and Radio Host, Ryan Seacrest discussing her performance and responding to all of the heat that she has been getting.

She stated that she has been preparing for a movie to be released coinciding with the album. The Grammy performance and Roman Reloaded is his "Coming Out Party."

She is using her talent to challenge the cultural hegemony. She is not the first artist or the last to do so. Nicki tweeted a response earlier about all the negative responses saying " Not 2, Not 1...I wish I at least had a point five percentile  worth of f***s to give right now."  I am looking forward to hearing more of Nicki's ...ooops I mean, Roman's story.