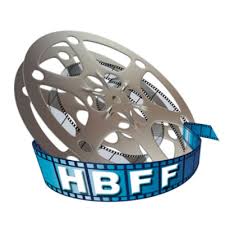 The Hollywood Black Film Festival (HBFF) today announced its official lineup of films for the 2013 fest.  A total of 67 films will be presented.  HBFF 2013 runs October 2-6, 2013 in Hollywood, CA.  Screenings will be held at the Ricardo Montalban Theatre, 1615 Vine Street, Hollywood, CA.

"From action to comedy and romance to family-friendly, our lineup offers something for everyone. I think we've put together an incredible lineup representative of the vast creative talents of emerging and veteran black filmmakers," says Tanya Kersey, the festival's founder and executive director.  "This year's films reflect the full diversity of the black experience in America, and reflect a wide range of cinematic expressions from progressive black voices throughout the Diaspora."

A new sidebar will debut this year called Film Diaspora.  Film Diaspora will highlight independent films and filmmakers from the African Diaspora. Films submitted to compete in this category must have been produced by filmmakers residing outside the U.S. in Africa, the Caribbean or Latin America.

“HBFF has a history of screening films from throughout the Diaspora. In addition to opening the 2011 festival with “A Million Colours,” a South African film, we’ve screened films from Nigeria, Ghana, Central African Republic, Burundi, Kenya, Burkina Faso, Niger, Haiti, Bahamas, Jamaica, Brazil, Cuba, and Trinidad and Tobago, so Film Diaspora is a natural extension of our commitment to Black filmmakers throughout the Diaspora,” said Kersey.

Following is the complete lineup of films:

THY Will Be Done
Writer/Director: Albert Johnson

If I Were A Bell
Writer/Director: Sherese Robinson Lee

Living & Loving In The Moment
Writer/Director: Jonathan A. Lewis

Beyond the Echo of the Drum
Writer/Director: Lori Webster

In Search of the Black Knight
Writer/Director: Tamarat Makonnen