The GRAMMY Foundation® is currently accepting applications for its 2014 GRAMMY Camp®, GRAMMY Camp — Jazz Session, and GRAMMY Signature Schools programs for high school students and high school music programs. These programs are part of the Foundation's GRAMMY in the Schools® offerings and are supported in part by Converse, Journeys, the Hot Topic Foundation, and the McNally Smith College of Music. 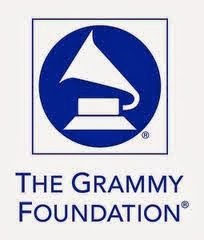 "GRAMMY Camp and GRAMMY Camp — Jazz Session are immersive programs that afford high school students opportunities to get hands-on experience with a variety of music industry careers, and our GRAMMY Signature Schools program provides recognition and much-needed resources to high schools to benefit their music programs," said Neil Portnow, President/CEO of The Recording Academy® and the GRAMMY Foundation. "These initiatives, along with our other GRAMMY in the Schools programs, are instructing and inspiring music's next generation."

Students and schools interested in participating in the 2014 GRAMMY Camp — Jazz Session and GRAMMY Signature Schools programs can apply at www.grammyintheschools.com. Completed applications are due Oct. 22 for both programs. Oct. 22 is also the early decision deadline for students interested in attending the 10th annual GRAMMY Camp to be held in summer 2014.

The GRAMMY Foundation is also pleased to announce that recordings from the jazz program can now be purchased on iTunes, Amazon.com and other quality online music outlets. Albums released from 2007–2013 are now available for download. These projects were recorded at the world-famous Capitol Recording Studios (EMI Music) in Hollywood, Calif., by GRAMMY-winning engineers Manny Marroquin and Al Schmitt, and mastered by GRAMMY winner Bernie Grundman.

GRAMMY Camp
The program offers selected high school students an interactive residential summer music experience. Focusing on all aspects of commercial music, this unique opportunity provides instruction by industry professionals in an immersive creative environment with cutting-edge technology in professional facilities. The program offers seven music career tracks: Audio Engineering; Electronic Music Production; Music Journalism; Music Business; Songwriting; a Performance Track for Bass, Drums, Guitar, Keyboard, Vocal, and Winds & Strings; and Video Production. All tracks culminate in media projects, recordings and/or showcase performances. Early decision applicants for GRAMMY Camp will receive a 10 percent tuition discount if selected to attend GRAMMY Camp. They receive this discount whether they are selected as part of the early decision process or drawn from the regular applicant pool. Applicants not selected via early decision will be reconsidered with the final pool of applications. The final GRAMMY Camp application deadline is March 31, 2014. In the past, approximately 70 percent of GRAMMY Camp participants who have applied for financial aid received assistance.

The GRAMMY Foundation® was established in 1989 to cultivate the understanding, appreciation and advancement of the contribution of recorded music to American culture. The Foundation accomplishes this mission through programs and activities that engage the music industry and cultural community as well as the general public. The Foundation works in partnership year-round with its founder, The Recording Academy®, to bring national attention to important issues such as the value and impact of music and arts education and the urgency of preserving our rich cultural heritage. In recognition of the significant role of teachers in shaping their students’ musical experiences, the GRAMMY Foundation and The Recording Academy are partnering to present our first Music Educator Award. Open to current U.S. music teachers in K through college, the Music Educator Award will be given out during GRAMMY Week 2014. For more information about our music education programs, please visit www.grammyintheschools.com. For breaking news and exclusive content, please like "GRAMMY in the Schools®" on Facebook at www.facebook.com/grammyintheschools, follow the GRAMMY Foundation on Twitter @GRAMMYFdn at www.twitter.com/GRAMMYFdn and join us on Instagram @GRAMMYFdn.
Grammy Camp Grammy in the Schools. Jazz Session Grammy Signature Schools Scholarships The Grammy Foundation Youth